Dreams play roles in our lives that is very much like the roles played by prophets in the Bible—and perhaps this is one reason why many people find dreams somewhat uncomfortable to work with and explore. And maybe it is a reason why some people ignore or forget their dreams altogether!

People tend to think of a prophet as someone who can predict or foretell the future. In the Bible, this was true of the prophets in many cases. We can think of Isaiah, Jeremiah and Obadiah who predicted the eventual downfall of Israel and Edom because of the sins of the people.

Many people don’t want to hear dire predictions about the future, especially when the message runs counter to their hopes. Hearing a prophet foretell doom and destruction for Israel wasn’t something the king wanted to hear, or anyone else who had something to lose in those times. It is no wonder prophets weren’t popular and often suffered abuse.

However, the most important role of the biblical prophets was not so much to foretell the future as it was to “forthtell,” to speak out about an uncomfortable or challenging situation which was presenting itself at the present moment, and to suggest ways this situation could be remedied or resolved. This often meant challenging the king, the priests and the people about their unjust or immoral behavior. We only have to think of the dramatic story of how the prophet Nathan called King David out for sending his general into the worst of the battle so that the man would be killed, allowing David to take the man’s wife to be his own. Or, the prophet Micah who, spoke out against the unjust ways that people treat each other, saying that God was a god of justice who wants mercy instead of phony animal sacrifices. Micah asks, “What does the Lord require of you? To act justly and to love mercy, and to walk humbly with your God.” A great prophet of our time is Martin Luther King, who called us as a nation to act justly and treat everyone equally under the law.

Dreams also foretell in a way that can be uncomfortable for us. People who have consistently kept a dream journal over a significant period of time know that many dreams are like a dress rehearsal of things to come: in dreamtime, they have already encountered issues and made decisions that sooner or later manifest in waking life. Or in dreamtime, they meet new people whom they encounter for the first time a bit later in waking life. In a sense, their dreams foretell the future.  In dreamtime our minds are trying to resolve the issues, often producing nightmares when the problems are severe.

So while dreams not only foretell, they “forthtell.” Another realization that comes with paying attention to dreams in a consistent and mindful manner is that dreams challenge us and call us to our best behavior, to live by values that are ours and not society’s values. Like Nathan calling out David, they often tell us when we are missing the mark and often point the way to better decisions.  They can expose our masks in the various figures that present to us in dreams.  They can send guides or teachers that literally tell us in dreamtime to shape up.

It is no wonder that our dreams, like the prophets of old, are scary creatures. It takes a brave person to hear their message and act on their advice. This is why doing dreamwork is like learning from the prophets and is thought to be a religious and spiritual undertaking. Dreams give clues to the paths we can take and call us to our higher selves. It is like they are our own inner prophets–and they can make prophets of us if we but heed their call! 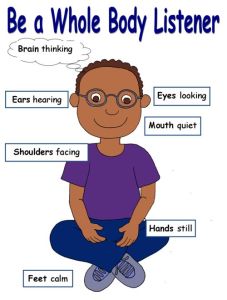 When someone tells you about a dream they’ve had, you can consider it a compliment. In most cases you are being entrusted with something special, no matter if it is a nightmare or a grand adventure. Dreamers have their reasons for telling someone about a dream, but they might not necessarily tell you why. Is it for validation? For interpretation? Or do they just want a listening ear to process their own understanding of the dream? If they don’t come out and tell you why they are telling you the dream, and it is a bit awkward to ask, try to intuit the reason and act accordingly. It is important to get a sense of why someone wants to tell you the dream because then you can better help them understand it.

From listening to people’s dreams over many years, I find that most people will readily share a dream when it is something they feel is positive—such as a dream giving them great insight, encouragement or feeling. People tend not to share nightmares and problematic dreams so readily. No matter what kind of dream the dreamer has it is important to be a good listener and supportive questioner.

Listen and Then Ask Questions

The best way to listen to dreams is, of course, to listen and then ask questions that will lead the dreamer to reflect more deeply—and thereby gain deeper appreciation and understanding of the dream. Genuine, non-judgmental listening encourages the person to feel accepted and open to exploring hidden and sometimes scary meanings in dreams.   Questions may be asked that shed more light on the color, feeling, nuance of an object or person in a dream. One of the best questions to ask is to have the dreamer describe every object in the dream as representing some form of energy within himself or herself.  Asking such questions can help the dreamer find insight by considering the dream from different angles and perspectives, opening more possibilities for discovering the many levels of meaning that dreams often have.

Some people want validation for a dream because they really want to believe the dream is special. Asking questions that make them realize why the dream is special will do that. Also by saying something affirming like, “If it were my dream and I dreamed that, I would feel like things were going well.”  Using the words, “If it were my dream…” clearly indicates that this is your personal opinion and may perhaps be totally different from the dreamer’s. This is important for the free exploration of another person’s dream.

Quite often people will ask you to interpret their dreams. Remind them that you can’t.  Since the dream is all about the dreamer, it is really not possible to interpret another person’s dream, as much as you want to.  As much as you think you know the meaning of the dream, try to refrain from giving a specific interpretation like, “Your dream means you don’t have a chance to get the job.”  If your interpretation happens to be right on, it might feel threatening if the person isn’t ready to deal with it. If it is wrong, the person will feel misunderstood. However, it is helpful to suggest common interpretations to a dream image, such as driving a car may represent how the dreamer is getting along in life—and then ask them to consider if this interpretation is a possibility. Or you may suggest that they look at a good dream dictionary which gives various meanings to a symbol, rather than one pat answer. By listening and asking questions, you will go far in helping the dreamer unlock the dream’s secrets. You will know when they blurt out something like “A-hah!” that they have discovered a significant meaning.

To learn more about dreams, visit my website at http://www.healingdreamgarden.com.

A very common dream is to reside in a home or apartment that is not actually the place you are living in at the time of the dream nor is it any place you have ever lived in. When I first started writing down my dreams—when books about interpreting dreams were not so readily available—I often wondered what this dwelling symbolism meant. One month I would be living in a tiny apartment with too many roommates and several months later I might inhabit a Victorian mansion filled interesting artifacts and ancient treasures.

It was not till later I came to understand that for me, my dream dwelling often represented aspects of my psychological state at the time of the dream. For example, the dream of living in a tiny apartment with too many roommates suggested I was perhaps trying to deal with too many people and their problems in my waking life. Or perhaps I was trying to take on too many parts of myself at the time!

The dream of the Victorian mansion filled with interesting artifacts suggests that there are interesting and valuable aspects of me that I’ve had for a long time but have not yet discovered or appreciated. A closed golden chest in a dimly lit room might represent something in myself I just need to examine to discover its worth.

A key to understanding dwelling dreams is to consider that every part of the dream represents some aspect or energy within yourself. So ask yourself questions about the dwelling and ask how this would relate to something in your waking life such as:

An interesting and perhaps enlightening exercise is to review your dream journal and discover how many different dwellings you have lived in over the last year.  How do they relate to the many psychological states you have experienced during that time? Have you “gone up” in the world? Have you inhabited houses from different parts of the world? Happy house hunting!

To buy my user manual on working with dreams or to check out dreamwork mentoring, please visit my website at www.healingdreamgarden.com.